Celebrating Milestones and Anniversaries: Marketing Gimmick, or Opportunity for Reflection? 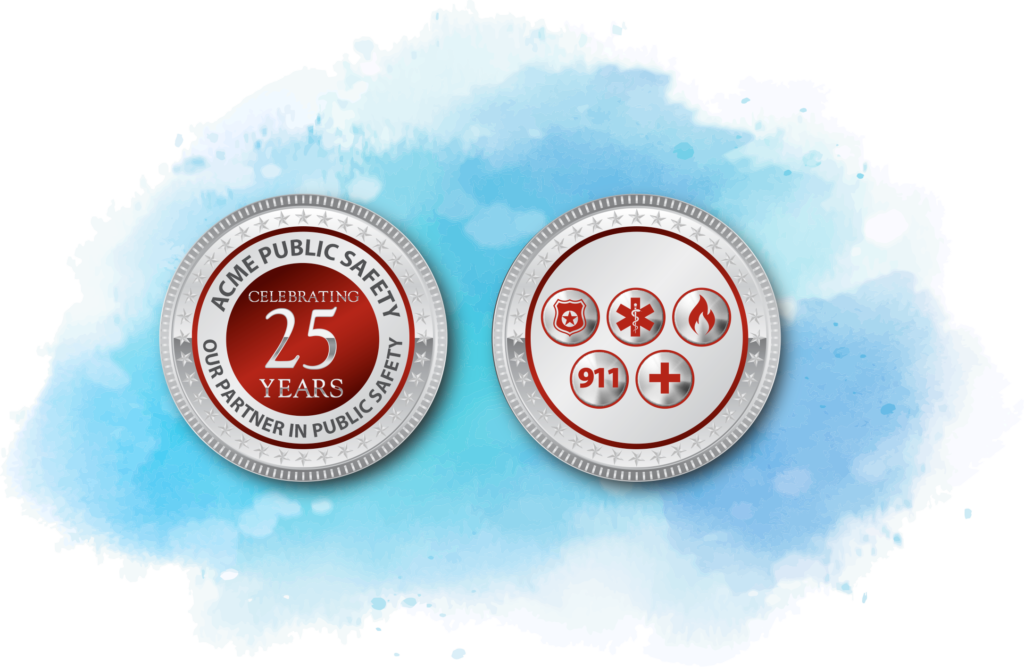 Take a look around at all the marketing messages we receive about milestones and anniversaries (M&As).

People in public safety and beyond reflexively use M&As as times of reflection that provide perspective. Organizations tap into this strong tendency to draw attention to their own important dates, typically as marketing promotions or branding opportunities.

With the help of case studies drawn from our own work, we’ll explore here the creative use of M&As to position your business and its products and services to public safety, along with tips for avoiding gimmickry, a trap that steals the true power of M&As.

When (and When Not) to Celebrate Special Dates

All anniversaries are milestones, but not all milestones are anniversaries. One public safety publication we’ve worked with celebrated the release of its 100th edition with great fanfare and then went on to commemorate their 10th, 15th, 20th, 25thand 30th anniversaries as well. They leveraged these opportunities, too, to offer advertisers and subscribers discounted rates and created special editorial content linked to these dates and achievements.

For a long time (maybe too long) McDonald’s used its prominent signs to celebrate “a million hamburgers sold,” until they realized the number was out-of-date. They then simply resorted to touting “billions and billions sold.” This is an example of a good milestone gone bad—a move that gives all such celebrations a bad name. Be sure you choose the M&As you want to celebrate carefully! A milestone is a specific number or accomplishment that has meaning to you and/or your customers. While your company’s 22nd year in business may be important to you, it will likely detract from the really important markers you could put to use.

Consider a recent promotion by American Airlines. They announced the 40th anniversary of their AAdvantage frequent flyer program with a limited-time offer to add 40% more value to any flight that members booked using their miles. Just a week later, the airline promoted their 98th anniversary with a limited number of $98 one-way flights.

These are simply marketing gimmicks in search of meaning. Do they work? Sometimes. People seem to accept the idea that if organizations are celebrating something, it must be special. I would argue, though, that using M&As too loosely eventually diminishes their value overall.

One government organization that serves public safety commemorated the 50th anniversary of a landmark white paper about CPR to create special messaging and an infographic. The date became a time to reflect on how their industry had evolved over a half-century.

Similarly, a nonprofit in the resuscitation field used the 50th anniversary of CPR to bring attention to the inventors—two of whom were still alive at the time—and to create excitement around their conference that year.

The nonprofit found sponsors to bring in 50 survivors of sudden cardiac arrest, each of whom was recognized and invited to introduce speakers at the conference, which also included the two inventors. As a keepsake, the organization created a commemorative booklet telling the stories of all 50 survivors. Every conference attendee received a copy.

Best of all, all the marketing created by the nonprofit consistently shared these messages throughout their materials. The conference was their most successful by far. In fact, it’s still remembered and talked about.

Celebrating the anniversary of the founding of your company is really just the start. One data company in public safety creates milestones around the number of communities it serves and the number of various records scanned, such as patient care reports. When they hit big, round numbers—say, 1,000 communities served or 100 million records scanned—they let both current customers and prospects know.

So think about what a well-known or important milestone for your organization or, more broadly, your industry would be. Maybe it’s a founder’s special birthday or the date a game-changing product made its debut. Sometimes the date of the first time something big happened isn’t recognized at the time and gets lost, but that doesn’t mean you can’t resurrect it and honor its significance. The 50th anniversary of CPR (as defined by the 1960 publication of an article first describing it as “closed-chest cardiac massage” in the Journal of the American Medical Association) may have been missed if someone hadn’t thought to connect the dots of the publication of that research to a specific year.

The Difference Between a Milestone and an Anniversary

One interesting fact: The “birthday” of an event is different than that of a person. An event turns “one,” if you will, on the day it happens, not a year later, as with birthdays or anniversaries. For example, an important conference for public safety leaders started in July 2006. Add 15 to that and you’d think that 2021 would be the 15th anniversary of the conference. But if July 2006 is the first event, the 15th anniversary took place in 2020.

Several organizations we know of had special anniversaries planned for last year, only to see them lost to the pandemic. Not to worry; people will understand if you decide (or need) to commemorate it a year later. One major nonprofit had planned a gathering of key leaders in 2020 in celebration of its half-century anniversary. Though COVID-19 forced them to cancel, the group will still celebrate—honoring both their 50th and 51st anniversaries—this year.

Of course there’s no need to limit the celebration to a single day. A subcategory of M&As are themed periods that happen at the same time each year. Typically, they’re aimed at showing appreciation for a group or encouraging awareness or advocacy for a cause. As I write this,National Public Safety Telecommunicators Week, an annual event held the second week of April, has just ended, and our industry is gearing up for National EMS Week, which takes place every year in May, while the first week of June brings National CPR and AED Awareness Week.

Name a special interest group and there’s a day, week or month to commemorate them—each a potential opportunity to show support for customers and communities that are important to your business.

For one public safety organization we know, longevity in their particular niche was particularly important. Their solid track record gave customers confidence that they’d be around to support the technology they created.

So when their 25th birthday rolled around (pre-pandemic), their team couldn’t wait to plan a big celebration that highlighted their staying power. Their marketing and communications plan included positioning and key messaging around the anniversary, including print ads in industry publications featuring a group shot of employees. They created a special seal celebrating their 25 years that went on all marketing collateral; a high-quality “challenge coin” with the seal on one side, a meaningful giveaway for customers and prospects at conferences; a birthday cake served to customers at conferences; and an interview for a trade publication with their CEO, who used the anniversary to talk about trends in the industry over the last 25 years.

The audiences for these marketing efforts weren’t just customers and prospects, though. This work built pride in their workforce and was used to impress and engage new talent. The organization even continued the theme at internal meetings and the annual company holiday party.

It was a successful campaign, well thought-out and well-executed. Just as important, it avoided typical marketing gimmicks that would have run counter to the organization’s culture and undermined their goals.

Happy Birthday to Us!

As it happens, we at RedFlash Group are also celebrating a big marker: Our 20th anniversary, which took place this year on June 1. While brainstorming how we might celebrate this milestone, we were inspired to write this article.

We survived the great recession, the pandemic and more during the past two decades, so we deserve to celebrate. But for now it will mostly be with our staff and contractors, with a special gathering to come later, when it’s safe. Our 20 years as a company is something we like to mention to customers and prospects, but for our type of service and organization, it really means just one thing: We’ve been to this rodeo before and definitely know our way around.

As you’re working with your team on your annual marketing and communication plan (you all do this, right?), be sure to ask yourself a few key questions: Are there any milestones or anniversaries in our company or industry we want to prepare for? What happened 20, 25 or 50 years ago that we can commemorate? What are the advocacy days in our industry we can take advantage of? How can we celebrate a special group of first responders or other leaders in our industry in a way that is fresh, creative and authentic?

Trust me, the M&As are out there—you just have to find them. 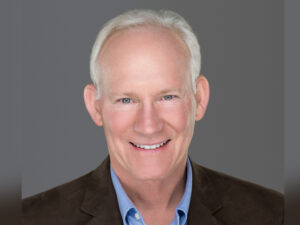 PHOENIX, AZ — Keith Griffiths, founding editor of JEMS and a longtime advocate for EMS and public safety, was honored at the 15th Pinnacle 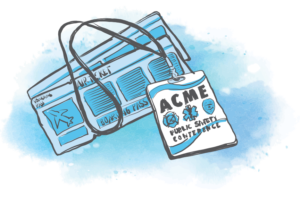 Public Safety Conferences Are Back! What to Expect

It seems pretty clear that most of us are itching to get back out into the world. And that includes not just having fun 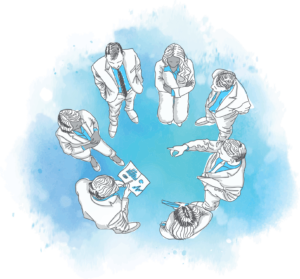 5 Ways to Become a Networking Master in Public Safety

Virtual events definitely have their place. After all, we learned to live with them for something like 16 months. But can you sense the 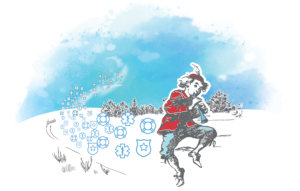 Five Ways to Improve Your Thought Leadership in Public Safety

As we all know, no one can speak eloquently on every topic, to every audience. So how do you do thought leadership right when 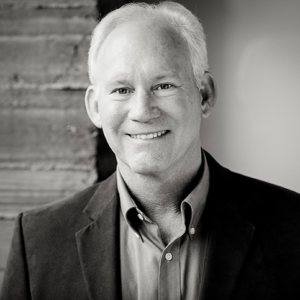 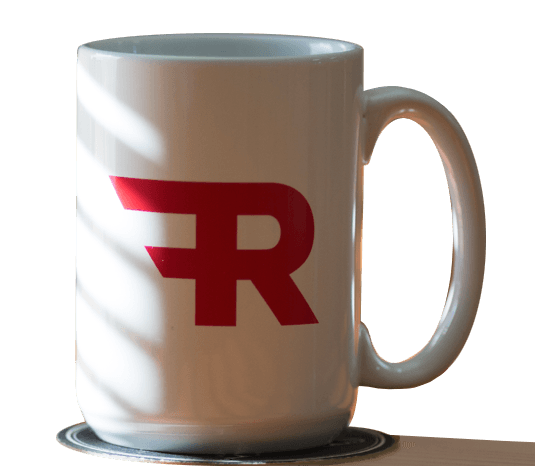